Journey to the Diamond 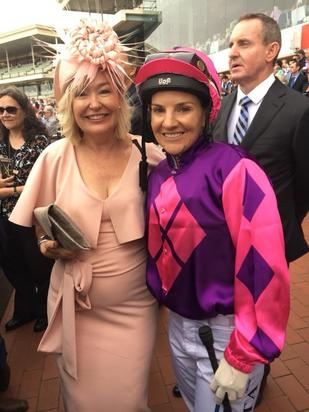 By Equiano and out of Kid Gloves this bay Filly ‘Lady Horseowner’ had an interesting journey to reach the Blue Diamond on February 24.

As a yearling, ‘Lady Horseowner’ was knocked back before making it to the sales ring on account of being to small. “She was the filly that no one thought anything of” owner Paul King recalls. After conversation with many trusted friends within the horse industry including our own Chris Bakker, Paul decided that he would stick with the little Filly and give her the chance that no one would.

Her first chance came at Moonee Valley in the CRT/ Whites Rural Plate were her big heart out battled a $1.8 Million ‘Al Naifa’. Jockey Nikita Beriman knew she had plenty of fight, “I put the whip away and she really pushed on her neck. She just wants to win.”

After a short freshen up here at Lauriston, the little filly with her Jockey Nikita Beriman on board once again proved the size of heart with a convincing win at Caufield in the Ladbrokes Blue Diamond Preview.

From here throughout the build up to the Blue Diamond one big question remained, would owner Paul King pay the $55,000 late entry fee?

This wasn’t the only question being asked. Many wanted to know the story behind the unusual name ‘Lady Horseowner’. Paul King in an interview with SEN joked “When a horse loses it becomes ‘my’ horse and when it wins it becomes ‘Carol’s Horse’. As Paul King holds title to quite a few race horses it became a joke amongst friends “Where is the lady horse owner?” referring to Paul’s wife Carol. Then when completing the registration papers struggling for a name Paul decided to submit ‘Lady Horseowner’. As he ‘forgot’ to put Carols name on the registration papers. Paul now jokes “It can’t be her horse can it”.

In the Blue Diamond ‘Lady Horseowner’ a victim of her own eager heart to succeed, produced a perfect jump and settled outside coming around the turn at 500m had all hearts in chests before not being able to go on placing 8th on a hard track. Now ‘Lady Horseowner’ is in our paddocks at Lauriston Park enjoying the sun on her back and a well deserved rest.